How Long And How Much It Costs To Mine One Bitcoin At Home?

How long and how much does it cost to mine one bitcoin on your own? This is a question that a majority of the people ask whenever they are transacting for the first time. The straight answer is 10 minutes for a bitcoin transaction to happen. But, many factors exist in this space which might extend this timeline.

Ever since crypto came into the world in 2008, its existence has been baffling and equally intriguing. Cryptos like bitcoin are powered by the underlying blockchain technology. Blockchain has so far been proven as the most secure way of conducting transactions. On the bitcoin blockchain, there will be 21 million bitcoins created eventually through the mining process.

Satoshi Nakamoto together with a team of skilled developers created the first crypto known as bitcoin. Although it was not a new concept in the tech world, it caught the attention of many people around the world. Bitcoin reached its peak in 2017 when one coin was worth $20,000. The surge in price was a result of continuous mining and trading.

Creators of this crypto designed several methods of obtaining bitcoin. Mining is one of the most lucrative methods available and bitcoin mining is similar to any other element mining. It is usually a process that contributes to the security infrastructure of the bitcoin blockchain by validating transaction information or data to the collective ledger. 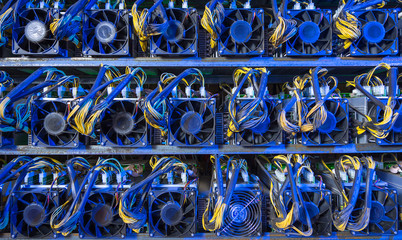 This validation process takes a lot of computing and complex mathematical problem-solving. Miners are successfully awarded bitcoins for their contributions to the ledger subject to their proof-of-work. You need to solve various complicated cryptographic challenges using special hardware to mine one bitcoin.

The hardware enables you to search for blocks to store data. Once you find a block through mining, new transactions are recorded and validated within the block. If you are the discoverer of the block, you are awarded bitcoins for your effort.

How Fast You Can Mine One Bitcoin

Determining the amount of time needed to mine one bitcoin depends on many factors. Some of these factors include the type of equipment used, computing power, and the competition. Nonetheless, in the best-case scenario, with the perfect equipment and computational power, it takes roughly ten minutes to process one bitcoin.

Ten minutes is not a lot of time but it is for a perfect scenario which is not possible for many miners. It takes a large setup for almost 30 days to mine one bitcoin. That setup is not economical when you factor in electricity cost and the general hardware and software cost. You are left with 0.1 BTC profit every month at best. 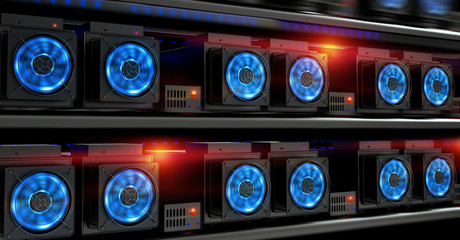 In most setups, the operations costs and manpower may cost up to $73,000 to process one bitcoin per month. The mining speed depends on cost together with other hardware and software factors.

Thus, the total speed and cost of mining bitcoin mainly rely on the type of device that you use including GPU, ASIC, CPUs, the hash rate of the device, the mining pool, and the total number of devices in operation.

Initially, anyone with a computer could mine bitcoin. However, all that has changed with competition coming into the picture. Specialized hardware and software equipment is needed for you to even mine one bitcoin.

How Much Does It Cost To Mine One Bitcoin?

The cost of mining one bitcoin depends on different factors. The type of rig used, the country of mining, and the cost of software determine the amount of money you will invest to mine one bitcoin or more. If you are planning to dive into bitcoin mining, you might incur labor costs, pool fees, the hash rate on the rig, and power costs as charged in the region of mining.

Also, ensure that you set aside some amount to cater to crashes and unforeseen hacks. Even though it may not seem like it is the case, the country where you decide to mine can play an integral role in the general mining cost. Many Asian and South American countries have lower power consumption rates. 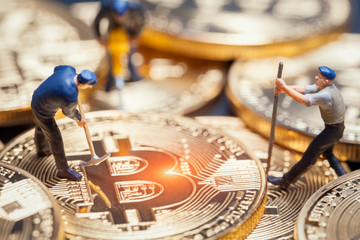 These regions have now become a hotspot for bitcoin miners. Mining a bitcoin in the US costs almost ten times the cost incurred in Venezuela. Since bitcoin mining is just like any other form of business, miners need to have a business plan. To make profits, you need to consider account depreciation essentially.

Miners are advised to calculate the cost of setting up their mining facility and factor in the longevity of the equipment. Since mining rigs will be subject to the usual mining wear and tear, the costs of investing in better hardware should also be put into context. It is always more sensible to invest in cheaper equipment that is easy to replace.

Thanks for subscribing! Please check your email for further instructions.

Cloudbet, which is a pioneer in crypto casino and sportsbook, already adopted Pax Gold to its platform. This is a...

On October 8, one of the world-leading digital asset exchange, Gate.io said that they will do an Initial Exchange Offering...

Ricky Dodds Talks To E-Crypto News On The Launch Of The ICON 2.0 Blockchain

The coronavirus pandemic resulted in shutdowns and disruptions of the global economy. Events were canceled as healthcare experts advised on...

MarketOrders the leader in global gold and jewelry business deals with unique issues that have received little attention from those...

Ethereum Could Break Dramatically Higher Once It Holds $500

Ethereum’s Ongoing Breakout Suggests a Move to $500 Is Possible